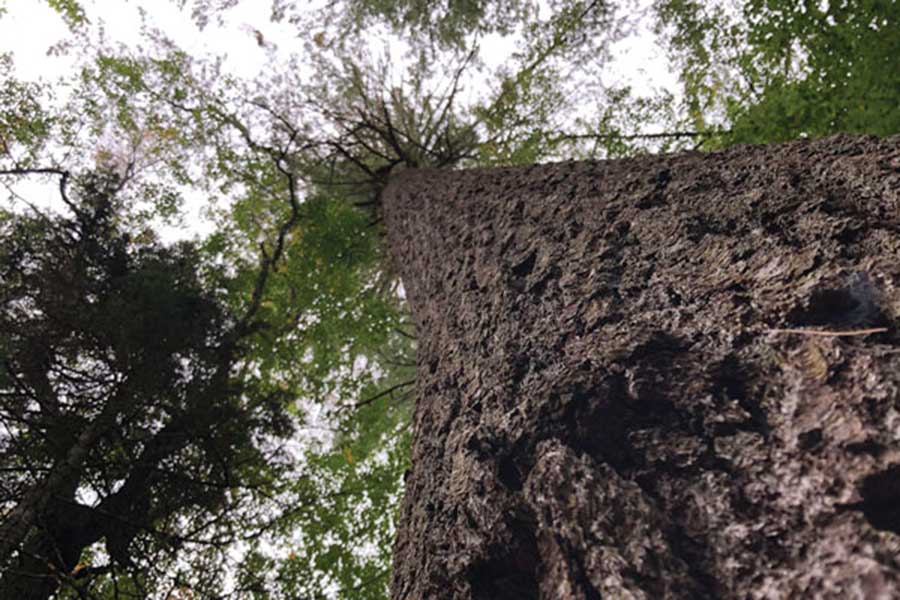 On the hunt for New York’s tallest tree

It’s Erik Danielson’s 30th birthday. He strides purposefully, pack on his back, along a shoulder of Route 3 near Ampersand Mountain. He’s doing one of the things that makes him happiest. Six other people trail behind him as cars and trucks blow past. After a glance at his GPS, Danielson leads the group into the woods, punching into what feels wild and untouched after the slog along the highway.

Today Danielson will measure what he and this crew believe to be New York State’s tallest tree. He estimates the trip to and from the giant to be a five-hour bushwhack through the Saranac Lakes Wild Forest. He came here a few years ago to measure the same white pine he’ll measure today.

Danielson, who lives in Fredonia, is an ecologist with the Western New York Land Conservancy. He, like Howard Stoner, who now follows along, climbing over downed limbs and tucking beneath branches, is a member of the Native Tree Society. The organization was founded to celebrate trees and forests. Seventy-eight-year-old Stoner started measuring trees at age 50 because, he says, “I didn’t know oaks from maples.” So he got involved, incorporating his skills as a professional mathematician. In 2017 he measured the state’s previous record-breaker—a 163.9-foot pine near today’s destination.

Stoner brought four of his Hoel Pond neighbors on this trek. Also along are Rob Leverett and his teenage son, Devin. (Rob’s father, Bob, is a founding member of the Native Tree Society.) Rob originally discovered this white pine while scouting the area. Now, he and his son ricochet through old-growth stands, Rob a tree paparazzo, snapping photographs of sugar maples, hemlocks, red spruce and yellow birch. The Leveretts sometimes disappear into the forest, Rob’s voice breaking the silence with a, “The spruce guys are gonna jump up and down!” and the occasional, “Whoa!” or “Holy crap!” or “It’s a mammoth!”

Hanging out with tree people is humbling. They know their stuff. But they don’t shame the uninitiated, they educate. Black cherry bark looks like burnt potato chips, explains Danielson, as he points to a trunk. And when it comes to trees, says Rob, height doesn’t always correlate with age. He believes there are 1,000-year-old northern white cedars on a sideburn of Whiteface Mountain—stunted and twisted, “like a bonsai.” Also part of the group today is a retired park naturalist, one of Stoner’s neighbors. He points out what looks like a dusty disco ball hanging from a branch—a bald-faced hornet nest, he says, the perfect piñata after the hive’s abandoned it. He identifies a deadly destroying angel mushroom, its smooth, pale form poking from pine needles, and later, an old man of the woods mushroom—the fungus equivalent of an elderly troll.

The group follows the contour of a glacial esker, a prehistoric snake that winds along the earth. This topographic feature, with Google Earth imaging that revealed huge tree crowns, is what caught Rob’s attention. He says there are likely hundreds of sites like this across the Adirondacks.

Danielson leads the group over a bog speared with tamaracks—a protective moat around the sandy-soiled island where the monster awaits.

And there it is.

The tree is too tall and standing too close to its fellow pines­—also giants—to take in from a distance. Looking up from its base, though, the tree soars, its fingers on the top-most branches reaching to the sky. Danielson measures its circumference: 13.6 feet. This pine is relatively young and still growing; he estimates it was a sapling during George Washington’s presidency. (The oldest white pine ever dated is 535 years old, in Cicero Swamp in central New York.)

Howard Stoner has prepared a ceremony. He reads the poem “IX” by Wendell Berry and gifts Danielson a forestry tape measure wrapped in ribbon. It’s a thoughtful gesture. “All tree people are sweet,” says one of Stoner’s neighbors.

Danielson sets up a hypsometer and measures. The tree is 164.74 feet, the tallest in the Empire State, even higher than the Brooklyn Bridge.

Everyone’s smiling. Someone wishes they’d brought Danielson a birthday cake. He says, “A tree’s new growth is referred to as that year’s growth candle.”

Before the trek back to pavement, it’s observed that today there’s been a lot of tree love, but not yet a tree hug. “It’s more a psychic act,” laughs Danielson.

Old-growth trees deserve care and respect, which is why these people do what they do—it’s not just about breaking records. There are applications for the data they collect, says Danielson, leading to “the most beneficial use of forests.” The Native Tree Society’s work supports proforestation—keeping existing forests intact. “An old-growth tree like this white pine might be sequestering several hundred pounds of carbon from the atmosphere each year,” he explains. In addition, older forests protect biological diversity and reduce flooding and soil erosion.

Tree-measuring also allows “another layer of vision,” says Danielson. “Everything has already been discovered, but forestry wasn’t practiced scientifically until the 19th century. There’s a lot to know, a lot to revise.”

What happened today—finding this giant, deep in the forest, surrounded by six million acres of parkland—feels important. This tree, and others like it, just might save us. 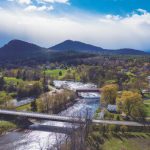 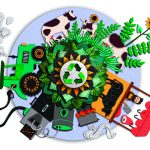 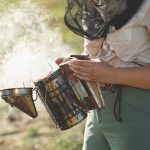 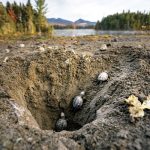