by Paul Greenberg | At Home in the Adirondacks 2020, Recreation 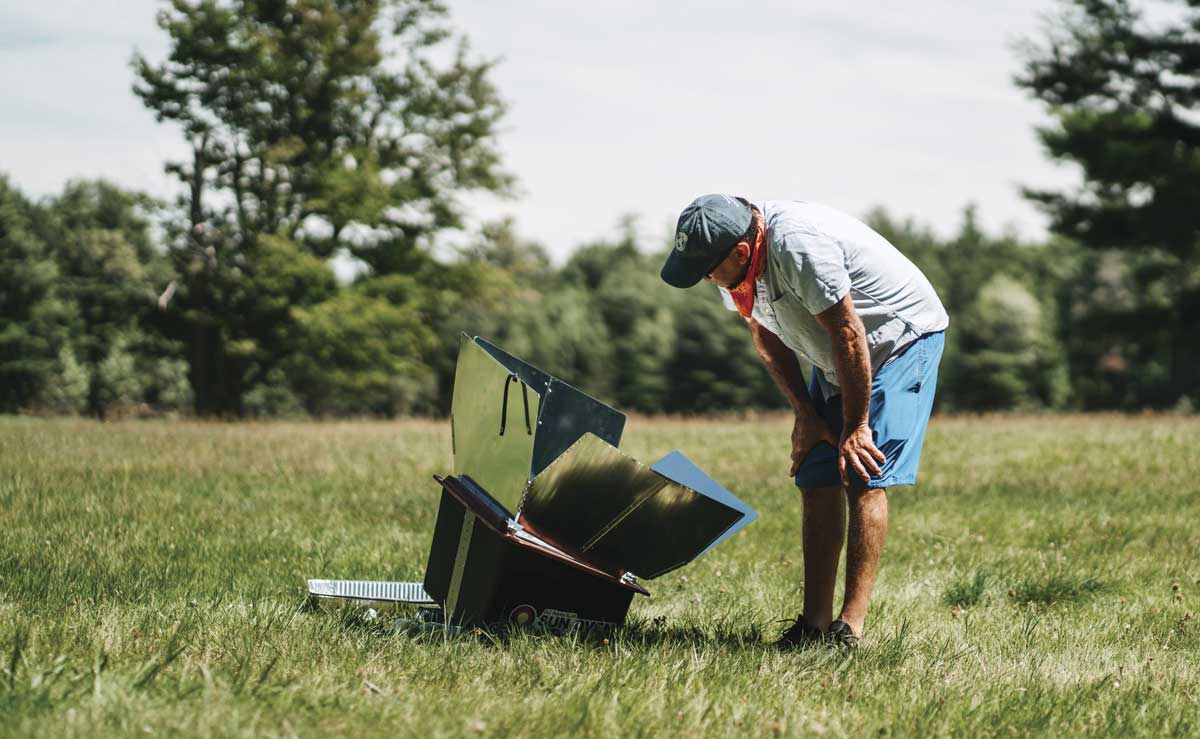 What is the absolute lowest-carbon way to cook a piece of food? I’d been trying to reach a definitive conclusion about this question for a book I was writing about lifestyle and climate change. Online there was a heady debate about gas versus electric ranges. On the one hand electric conducts heat from a stove top much more effectively into the food you’re trying to cook, something like twice as efficiently as natural gas. On the other hand, if you’re a baker, filling up an oven with heat that must surround your food on all sides can be done more effectively with gas. On still another hand, gas is leaky and methane-based and on its way down the pipeline to your stove it often escapes and creates a greenhouse problem since methane is 30 to 50 times more potent at trapping heat in the atmosphere than CO2. On a fourth hand, until we switch the national energy grid over to renewables, a lot of the energy we use when we choose electric is going to come from coal, which is way worse than everything. Frankly all of these hands had tied me up in a knot.

And that’s when I found out about solar ovens.

Solar ovens are basically boxes surrounded by large panels of reflective materials that direct the sun’s radiation inward to food placed in said box. No plugs, no gas, no nothing, except the sun. They were first developed in Europe in 1767 by the Swiss Alpine explorer and meteorologist Horace Bénédict de Saussure, who was able to achieve a consistent temperature of 250 degrees Fahrenheit on plain and mountaintop alike. The invention was improved upon and later sent into the field with the French Foreign Legion in the 1870s in North Africa and then further tinkered with in the back-to-the-land 1970s. Today, there are many models. They are all a bit different but most resemble something from the early Apollo missions. With a cardboard box and a roll of aluminum foil you can even make your own. If you go the professional route expect to pay anywhere from $80 to $350. I called Sun Oven, the maker of the best-reviewed model, and spoke with the company’s founder, Forrest Garvin. He asked me if I had ever heard of “preppers.” I laughed, to which he replied, “I’m a prepper.” He told me that with “this whole COVID thing” his phone had been ringing off the hook and that he wasn’t sure if he could spare an oven right now. But then he looked a bit into Adirondack Life and decided that “these were exactly the kinds of people” he’s been trying to reach. Three days later the oven arrived at my rental cabin in Jay ready for a mission.

I suppose there must be an experienced solar chef out there who, when deciding what to make for dinner, looks up, judges the clarity of the sky above and says to himself, “Yep, looks like fish.” Because when you decide to cook with the sun alone you need, duh, sun. And a lot of it. The more heat-intense the requirements of the intended meal, the brighter the sun you’ll need. Garvin at Sun Oven had warned me that higher latitudes like the Adirondacks don’t make for ideal solar cooking conditions. Really you want to be down near the equator. The solar ovens Garvin donates to Africa can hit temperatures as high as 400 degrees Fahrenheit. He even donates industrial models that look “like giant satellite dishes” and can cook 1,200 meals at a time for a small village. This is no small thing for poor African societies, where a cause of death is respiratory infection stemming from inhalation of woodsmoke fumes in poorly ventilated huts.

The Adirondack environment I could find that most closely resembled equatorial Africa was the blazing plain at the center of AuSable Acres, where I happened to be renting a cabin for the month. I had in store a particularly tough challenge for my new Sun Oven. Any box placed in the sun could warm things up a bit, I figured. But I wanted to see if this thing could really bake. Since I’m a longtime bread maker, I prepared three different formulas—two whole-wheat sourdoughs and one white-flour challah—for the contest. Reading that the optimal times for solar baking are between the hours of 10 and four, I packed up my Honda Civic when the sun just cleared the pines and headed down to the scorching shores of Lake Eaton in Jay.

Instructions tend to vex me and usually I rush to the end without figuring out the beginning and then ruin the whole thing in the process. But the Sun Oven was pretty straightforward. The whole thing is packed up in such a way that you can carry it by a handle and plop it down wherever you like. It weighs about 20 pounds. You unsnap a clasp and then the panels unfold into a nice, neat trapezoid. You open a glass panel in front and hang a baking rack on two pins that stick out from the sides of the interior. The rack swings freely, keeping the food from spilling when you move the oven to point it at the sun. When you seal the glass against the plastic gasket, ultraviolet light is able to enter but radiant heat remains trapped inside, allowing the temperature (theoretically) to rise.

On my particular baking day there was a 20 percent chance of showers and I felt a deep skepticism as I loaded up the oven with the two pans of whole-wheat sourdough and the braided challah on top. But soon after closing the glass door, the temperature gauge started to creep up from the ambient 85 to about 140, where it then stalled out. I found myself looking back and forth between the oven and my Honda, which also sat in the blazing sun, and wondering, Could I just do this on the rear dash of my car? I put a second temperature gauge in the car and rolled up all the windows and then for the next 20 minutes hopped between Civic and oven to see which was winning. For about 10 minutes they were neck-and-neck.

It was then I realized that, as usual, I hadn’t really read the directions. The oven comes equipped with two sights on either end of the baking area that allow you to aim the contraption more precisely at the sun. When you get the bright sun circle to form a perfect corona around the dark circle at the back of the sight you know you’ve hit the mark. This turned out to be the difference between baking my bread and just giving it a sweat lodge experience. I tilted and tinkered and finally—Houston, we had lift off. Two hundred, 250, 275, 300, 320 degrees! Take that, Horace Bénédict de Saussure! A check back at the gauge in my car showed that the Honda had been left in the dust at a mere 150 degrees (though, thinking about it later, I wondered if I left my car in that kind of sun for, say, 10 hours, whether I could have slow-roasted a turkey).

When I’d first imagined cooking with a solar oven, I’d thought that it would be a passive, hands-off sort of affair. The wilderness hiker might put up his chow, deploy his panels, hike a 46er and then return to camp like a Legionnaire of old to a piping hot pot of beef Bourguignon. But as I watched Apollo’s chariot hurry across the sky, I realized that I would have to make numerous pagan obeisances to the sun god to have him bestow his wealth. Every 20 minutes the corona would wander off its bull’s-eye and I’d have to reorient. Miss an adjustment and I found I could lose about 30 degrees within five minutes. And this sort of pagan zeitgeist started to affect how I viewed the sky overall. Like Max in Maurice Sendak’s Where the Wild Things Are, I felt compelled to start a rumpus. When a patch of cloud started edging over toward the sun I did a kind of reverse rain dance, lest the cloud stand between me and my daily bread.

The other issue was that as the temperature rose, moisture started beading on the glass, eventually fully obscuring the bread within. Should I wipe this clean to let more sun in? I gave it a go but then quickly lost 100 precious degrees. If you’re going to bake solar you need to plan out ahead of time and not do any food-tinkering between loading and unloading.

I am happy to report that at the 90-minute mark the challah started to take on a golden luster that darkened properly to brown at least on the top half that was closest to the glass. I risked a second venting to turn the loaf and now, with my sighting skills improved, managed to bring the thing back up to temperature in just 10 minutes. At two hours the bread was brown all over (at home the same loaf takes about 40 minutes). The sourdough below remained gummy and not very good, but I was expecting that since sourdough does best with a baking temperature of more than 450 degrees. The challah passed muster with my family and a family with whom we were co-vacationing. The kids tore it to shreds and left nary a crumb.

As luck would have it, when we returned to Manhattan, the preppers’ dark predictions for urban apocalypse proved prescient. Not only were most of the restaurants in our neighborhood still COVIDian closed, but ConEd had shut off the gas to our building for the foreseeable future. The Sun Oven was my only option. Here, conditions were tougher than at AuSable Acres. The sun only crossed my terrace for a scant period of time, so I’d have to make maximum use of the daylight I had. I prepared a double-tiered meal of Israeli whole-wheat couscous and then topped that pan with a pot provided by Sun Oven that I filled with a Moroccan stew of sweet potatoes, carrots, onions, zucchini, chickpeas (canned), tomatoes and spices. Now that my Sun Oven and I were proper collaborators I easily found and tracked the sun as it moved across my terrace. I maintained an honest 300 degrees from 12:05 to 2:25. After that the sun dipped below the Residence Inn by Marriott but the oven stayed in the 120- to 150-degrees range the rest of the afternoon.

At dinnertime I opened the glass and carried my solar stew inside to the table, feeling a little bit like a wild thing in the city as I tore into my meal.

And it was still hot.

Paul Greenberg is the New York Times bestselling author of Four Fish. His two new books, Goodbye Phone, Hello World and The Climate Diet, will be published in the coming year. 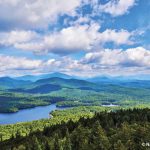 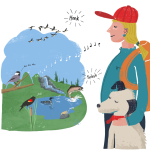 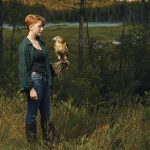 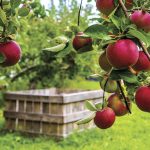