The Legend of Hawkeye 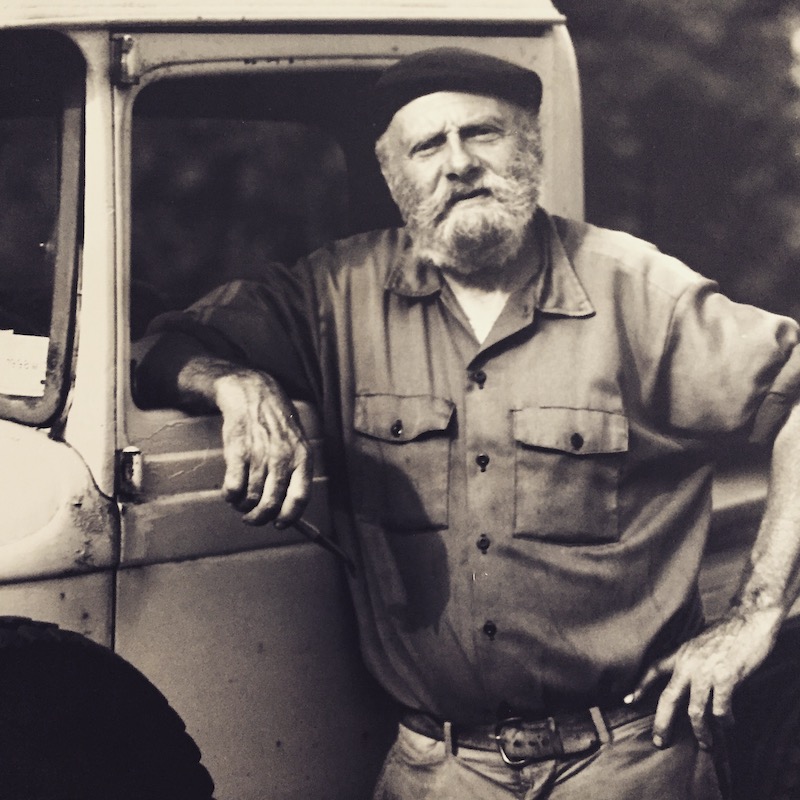 Once, not so long ago, a gearhead paradise lay hidden along the stretch of Route 86 near Donnelly’s ice-cream stand. There, at a weathered farmstead, John “Hawkeye” Hawkinson spent a lifetime unearthing and rehabbing mechanical treasures. If you were lucky, you might find him outside, feeding his wild friends or holding court in a wicker chair. And if he was amenable, he might tell you a tale or show off his jaw-dropping vintage car and boat collection.

At the time of his death, in 2016, Hawkinson had stashed more than 40 vehicles on his Saranac Lake property, a 50-acre spread he referred to as his ranch. The stockpile included a right-hand-drive 1924 Packard from Uruguay, a 1931 eight-cylinder Buick Model 57 with those snappy suicide doors, a 1933 REO Speedwagon that had trucked camp kids to trailheads and swimming holes, and—the queen of his collection—a one-of-a-kind, all-original 1930 Minerva with a Hibbard and Darrin body.

That’s not one-of-a-kind in the figurative sense. Hawkinson’s Paris-born convertible sedan—a posh ride for the Jazz Age chauffeured set—was the only one ever made, referred to as a “one-off” in classic-car parlance. It was enough to bring old-auto fanboy Wayne Carini, host of cable TV’s Chasing Classic Cars, to marvel over its sculptural radiator shell, ornate door handles and braided running boards. The ultimate in barn finds hadn’t been moved since 1974, but the engine still turned. Its iconic Minerva hood ornament had been carefully stored, as well as the inset clock from the backseat vanity and the owner’s manual.

Despite that showpiece—which Carini bought from the estate for more than $300,000—Hawkinson called his collection “go cars, not show cars,” says his longtime friend Eileen Jauch. These weren’t cherry-condition restorations; with Hawkinson, authenticity trumped glamour. But he kept many in running condition, and every one had a backstory. William A. Rockefeller once owned Hawkinson’s 1927 Buick speedster; there was a yellowed 1953 registration to prove it. His Linn tractor may have helped build the Veterans Memorial Highway up Whiteface (though there’s no paper trail on that), and its tracks still turned after 50 years in his care. He left a note in his red-and-black 1930 Packard touring car recording the mileage on its chassis at 500,000-plus.

Hawkinson played a leading role in some of the best yarns. Like the time, in 1961, he drove his open-cab 1919 Mack Bulldog 300 miles at a crawl, freezing to his seat along the way. He claimed he survived by grace of his raccoon-fur coat and ample brandy. Or the time he’d lined up more than a dozen vintage vehicles on his lawn and ran from one to the next starting them up, until they were all purring along. Or that he’d bought his Minerva in installments over 16 years, taking pieces of the car home as he made payments.

“Everyone you meet has a different Hawkeye story,” says Shane Ash, who spent months inventorying and selling Hawkinson’s collection for the estate. (His will stipulated that the proceeds be split between the Adirondack Chapter of the Nature Conservancy and the New-York Historical Society.)

The most interesting story may be the man himself. John Whitney Hawkinson arrived into privilege in Hartford, Connecticut, in 1932. “I wasn’t born with a silver spoon in my mouth. I was born with two,” Jauch remembers him saying. His mother was the granddaughter of Amos Whitney, a mechanical engineer and cofounder of Pratt & Whitney machine tool works. Hawkinson’s father was a creative dynamo who worked on movie sets, wrote nonfiction books and started Hawkinson Porcelain in the late 1930s, a short-lived line now prized by collectors.

The Adirondacks attracted Hawkinson early, during his time as a counselor at Lone Pine Camp, on Osgood Pond, and as a student at Paul Smith’s College in the 1950s. He settled here for good soon after, buying land and an old farmhouse that he moved on skids to his spread. The home had little insulation, no running water and minimal electricity. His nearest neighbor, Rollie Marshall, would lug a five-gallon bucket of water over every day.

“He lived on nothing,” says Canton-based boatbuilder Everett Smith, who met him in the 1970s selling hardware from the back of one of his Packard trucks. Though Hawkinson received some money from his family, he made ends meet peddling hard-to-find parts and as an authority on antique engines. “He had knowledge that almost nobody had anymore,” says Smith. “He was someone to call if the old Niagara wasn’t running.”

Hawkinson became a well-known and well-respected dealer in the antique car and boat world, but in the Saranac Lake region he was a legend, a familiar sight in an open-air cab with his old fur coat and a corncob pipe. His friend Jay Annis, of Saranac Lake’s Spencer Boatworks, remembers he had a regular route when he came into town—he knew just how far the gas in his reservoir would take him—and would often park at the Lake Flower boat launch and answer questions. “He drew so much attention everywhere he went,” says Eileen Jauch. “He was such a celebrity in the area with those cars.”

Hawkinson could be a dazzling conversationalist—he was well-read, he wrote poetry, played the piano, dabbled in languages and philosophy and photography. Those who knew him say he seemed to be from another, more refined time. But he was also the town curmudgeon, often unwelcoming and always unbending, caring not a fig for what people thought of his often raggedy appearance. He’d complain in the local newspaper about boat registrations and gun legislation and fluoridation. Once, irritated by the noise of nearby fireworks, he cranked his fire truck’s siren for so long that the police finally showed up. Another oft-told tale involves him scaring the hell out of a telephone man who’d come to install a phone line: insisting that the worker not make a mess by drilling into the wall, Hawkinson asked the fellow where he wanted the hole, then blasted the spot with his rifle. “He did everything on his own terms,” says Jauch.

Hawkinson never explained why he walked away from his family and their wealth, preferring to let the community fill in the blanks, which many were happy to do. A persistent rumor claimed he was a black sheep who’d been paid off to stay away, though his relationship with his family was more complicated than a clean break. He maintained a correspondence with his relatives, and they remembered him fondly at his memorial—his nephew left a beer alongside his ashes. And there were infrequent reunions, including a visit from his mother and father after he’d broken his leg. Jauch says they bought him a riding lawnmower to make his life easier; he refused to keep it. (Though he did save his parents’ old suitcase stuffed with remembrances, including a childhood slingshot.)

The hermit label didn’t quite fit, either. “He had very specific requirements of the society he was going to hang out with,” says Everett Smith. But he could be charming, eager to share his knowledge, his stories, his collections. Visiting with a six-pack of warm Heineken helped. And if you wanted to talk old engines or old times, well, sit right down.

“Introducing people to Hawkeye was interesting,” says Smith’s son, Emmett. “It would take people a long time to get him.” Even so, Hawkinson developed strong and lasting relationships with a wide cast of characters.

A rejection of mass-production and blind materialism may come closest to Hawkinson’s truth. In writings he left behind, he lamented an era of “too much of everything,” advising, “Give away your wants and you will be the richest of all.” Shane Ash, who bought Hawkinson’s homestead in 2017, has become a caretaker of his photographs and writings. “He wasn’t an angry old hermit,” Ash says. “I think he had something to say to the world. He took great joy in simplicity.”

And also in preservation. Hawkinson spent a lifetime sniffing out unwanted boats or vehicles and hauling them to his ranch. “He knew how totally precious they were,” says Everett Smith. “It was a while before the rest of the world caught up to him.” But along with those LaSalles and Pierce Arrows, Fay & Bowens and Chris-Crafts, his outbuildings were stuffed with vintage microscopes, cam­eras, surveying equipment, pocket watches, pieces of beauty and quality from the golden age of industry. Hawkinson called the collection his museum, and he left notes in caches of artifacts, adding details and memories. “He was preserving a story for someone down the road,” says Ash.

His personal legacy is harder to pin down, captured in the shifting snapshots of a thousand perceptions. “I think the whole community wanted to know him, what the real John was like. If there was such a person,” says town raconteur Howard Riley. “He’d let you in just so far.”

But some common threads remain. Friends remember Hawkinson as “re­­markable,” “philosophical,” “complicated,” “eccentric,” “sentimental”—and, in the end, unknowable. “He allowed you to think things that may or may not have been true,” says Ash. “He loved being a story, being a mystery.”